The train chugs out of Safdarjung Railway Station, New Delhi on a week-long run through Rajasthan
every Wednesday night. The trip includes a visit to Agra and the Taj Mahal. Turban-wearing attendants take over from the moment you arrive at the platform, assigning you your cars and detailing all the facilities that are on board. The train moves by night and arrives each morning at a new destination where novel experiences await you.

The week-long tour also includes special culture shows arranged at some of the cities. If you’re
looking for souvenirs, our guides will direct you to government-approved shops.

The Palace on Wheels is one of the world’s most exciting rail journeys, as the train provided more facilities on board, as for the royal destinations it proceeds to every single day. With everything taken care of dining accommodation, sightseeing as well as organized shopping, there are nothing for the traveler to do but sleep in the history of the land, soak in the colors and experience the royal life of Maharaja. The tour starts from Delhi and comes back to the city after going through in order:
Jaipur-SawaiMadhopur-Chittaurgarh-Udaipur-Jaisalmer-Jodhpur-Bharatpur-Agra-Delhi.

Welcome aboard. To Head to the best city in the World “Udaipur” (Travel+Leisure) and
TAJ a wonder of the world.

Delhi you will be treated like Maharaja & Maharani on welcome by garlanding, Tikka and turban with a glass of wine. The Capital city of modern India a city known for its rich valorous and exotic history. Once the fabled city of the heroes of the Mahabharata and ruled by the Rajputs before they were displaced by foreign invaders. The tour starts in the evening with a ceremonial welcome aboard the Palace on Wheels at Safdarjung New Delhi. You will be introduced to your fellow travelers. Feel free to explore your new
palace, and acquaint yourself with its various facilities. Relax with a drink at the bar. Dinner will be served on board in its two restaurants. Reporting Time 18.00 Dep. 18.30

Your first stop will be at the magnificent Pink City, Jaipur. The city displays graceful architecture in a unique pink shade. Established in 1727 by the then Maharaja, Sawai Jai Singh II, Jaipur is known as one of the most well-planned cities of its time. The capital of Rajasthan, Jaipur is predominantly known for its musicians, artisans, and craftsmen. Today, it is visited for its fine jewelry, varied textiles, and sumptuous cuisine.

After the exquisite architectural landmarks, the perfect place to experience the other side of the royal charm is Sawai Madhopur. Named after its king, Maharaja Sawai Madho Singh I, this place is in close proximity to the famous Ranthambore National Park. This wildlife park is home to various species of animals but the ones that capture most attention are its graceful tigers. The forest also houses the ruins of the ancient fort from the 10th century.

Chittorgarh
Chittorgarh, the land of glory and valor, is bound to leave you enchanted. This captivating place has an intriguing and spellbinding history. The land of devotion and determination, Chittorgarh has produced some of the greatest devotees and courageous warriors in the history of India. Chittorgarh remains replete with historic associations and holds a very special place in the hearts of Rajputs, as it was the
bastion of the clan at a time when every other stronghold had succumbed to invasion.

The land of marvelous beauty, Udaipur is named after Rana Udai Singh, the dynamic ruler of this princely state. The this City of Lakes has a long, glorious history and is also considered as the romantic city of Rajasthan, thanks to the endless love sagas of its rulers. Revel in its history and architectural splendors and return with an array of exquisite souvenirs.

Day two unfolds in the heart of the desert at Jaisalmer, the Golden City of India. Jaisalmer is christened after its founder Rawal Jaisal and means ‘the hill fort of Jaisal’, which was established in the year 1156. The bustling city is full of rustic beauty, and the yellowish hue of the sand justifies the name rendered to the monochromatic landscape. The once-affluent havelis, intricately carved balconies, cornices, and façades decorate the city and have made it an architectural delight.

Jodhpur, the land of majestic and mystic glory, welcomes you warmly. Currently the second largest city of Rajasthan, Jodhpur was established in the year 1459 by Rao Jodha, a Rajput king. The magic of imperial living is still alive in the various forts and palaces that abound in the city. In this royal paradise, also known as the blue city for its indigo hue, even the most ordinary houses have exquisite stonework, traceries, and carved latticed windows.

Established in the 17th century by Maharaja Suraj Mal, Bharatpur was once an invincible and well-fortified city. Aptly called the iron fort, its stern military construction helped fight off many a foreign siege. Bharatpur is close to the Keoladeo Ghana National Park, a world heritage site as declared by UNESCO. This region attracts a large variety of birds such as the Siberian crane, storks, herons, kingfishers, partridges, owls, songbirds, pigeons, doves, ducks, geese, pelicans and bee-eaters, some of which migrate from different parts of the world.

Agra is located on the banks of the river Yamuna and was established in 1504 by the then ruler of Delhi, Sultan Sikandar Lodi. Agra has witnessed the rise and fall of numerous dynasties over the centuries. The city is home to one of the Seven Wonders of the World, the Taj Mahal. This white marble wonder expands on the design traditions of Persians and Mughals and is one of the most visited sites in India. You will then visit Lal Quila, or the Red Fort of Agra also called the Palatial City because of its enormous size.

The Palace on Wheels train returns to Delhi’s Safdarjung Railway Station by 05:30 AM. Check-out by 07:15 AM after early breakfast. 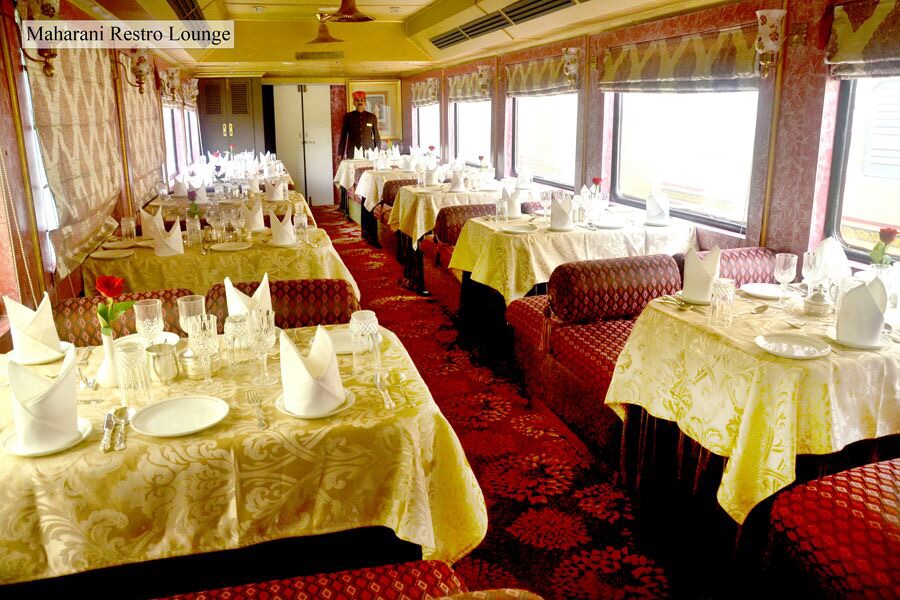 It has 14 luxurious saloons, each named after the royal palaces in Rajasthan with interiors to match. Guests enjoy royal services and amenities like wi-fi, air conditioning, satellite TV, music and an attendant at their beck and call. Fabulous dining with bar is available in two onboard restaurants offering a variety of cuisines served in a royal ambiance by uniformed attendants. The train also has a spa and recreation facilities and a souvenir coach selling gift items. Guests get to travel in absolutely royal comfort for 7 nights and 8 days, covering destinations like Sawai Madhopur, Jaipur, Chittorgarh, Udaipur, Jaisalmer, Jodhpur, Bharatpur, and Agra. When it comes to royal Rajasthan experience, this train is simply unmatched. 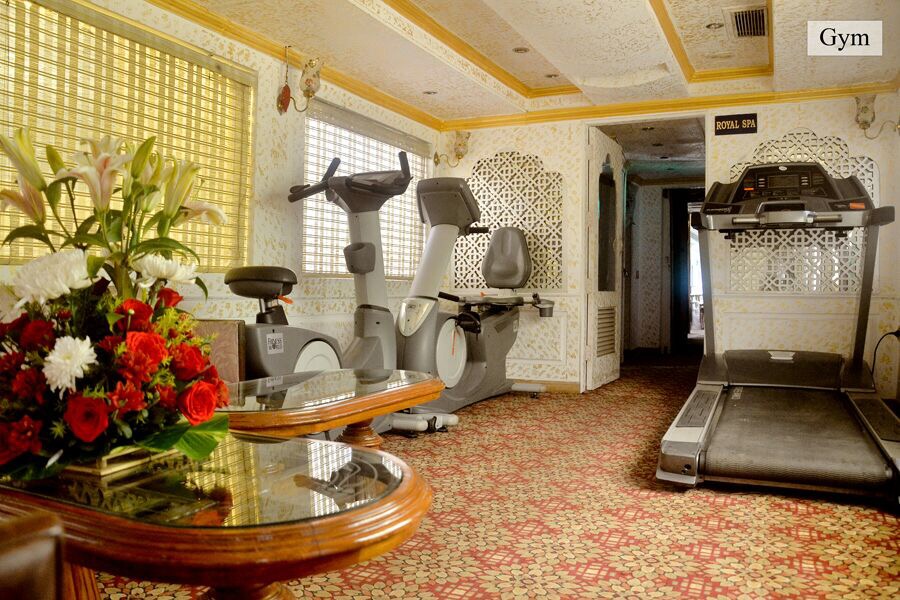 The Palace on Wheels has 14 saloons with deluxe(39)/super deluxe chambers(2). The saloons are named Moti Mahal, Chandra Mahal, Hawa Mahal, Kumbha Palace, Umaid Palace, Jal Mahal, Surya Mahal, Sukh Mahal, Padmini Mahal, Phool Mahal, Kishori Mahal, Jogi Mahal, and Lalgarh Palace, after the various palaces to be found in Rajasthan. Each of these deluxe saloons contains three deluxe twin bedded chambers. These are named after precious stones, aptly called Sapphire, Ruby, and Pearl.
The super deluxe chambers contained in 1 super deluxe coach named the Taj Mahal. The coach has 2 chambers named Emerald and Diamond, each with queen size double bed. The furnishings are richly royal, reminiscent of royal décor of the princes and the ambiance resembles that of the bedroom and living rooms of royal princes with carved period furniture pieces such as the writing desk and chairs. Guests who select super deluxe chambers are eligible for an exclusive air-conditioned car for their sight-seeing trips. Guests are received by their personal attendant who transfers their baggage to the suite and is always on call throughout the delightful journey. Each super deluxe chamber has its individually controllable air conditioning, attached bath, and toilet with shower and hot/cold water facility. 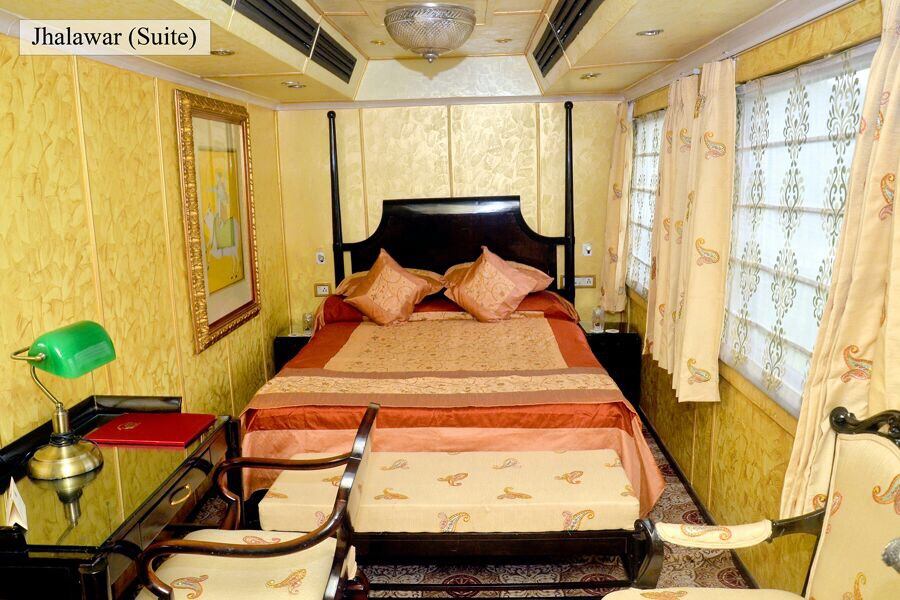 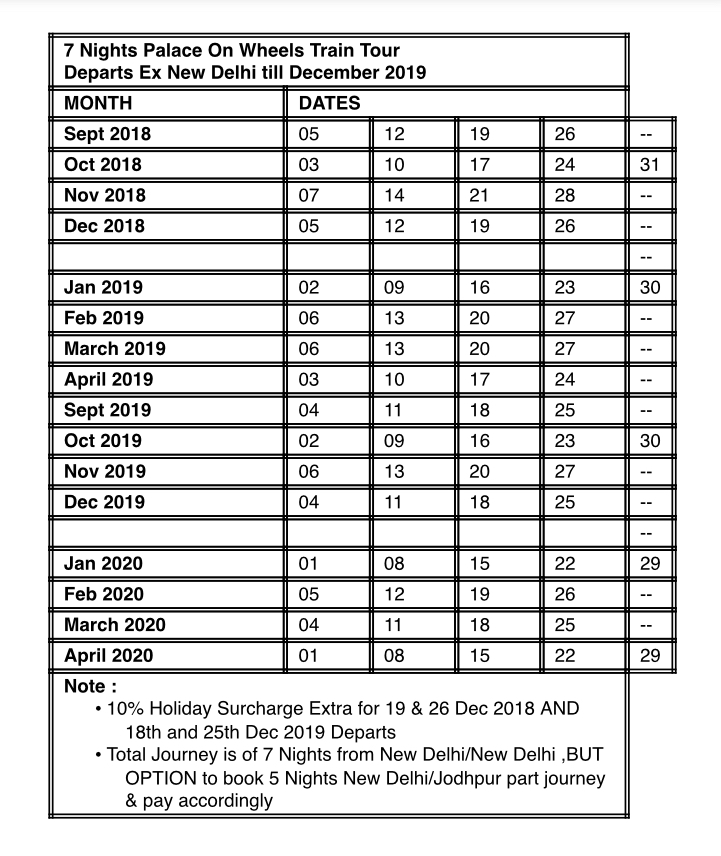 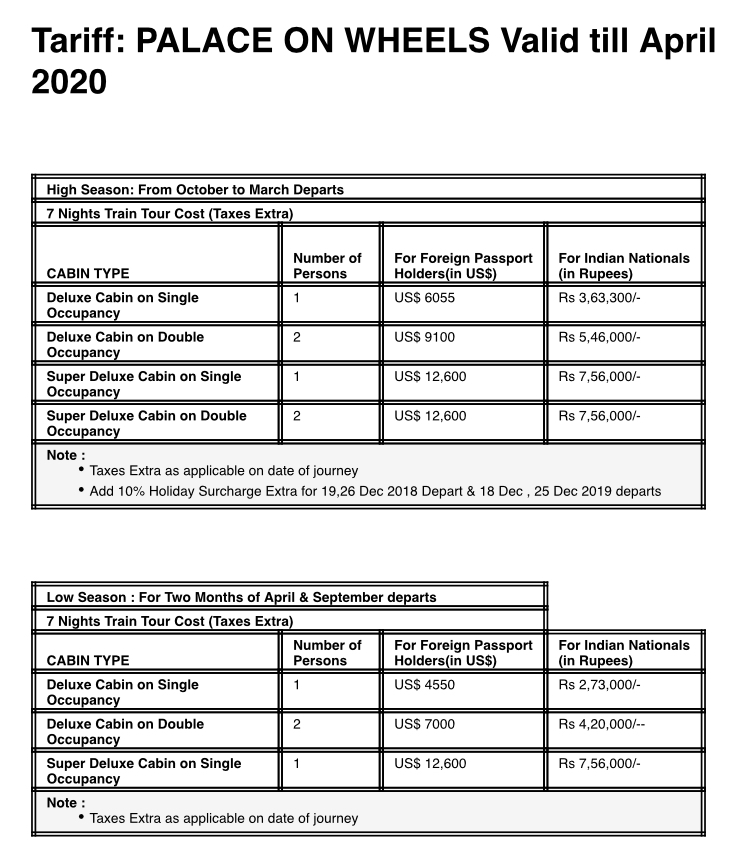 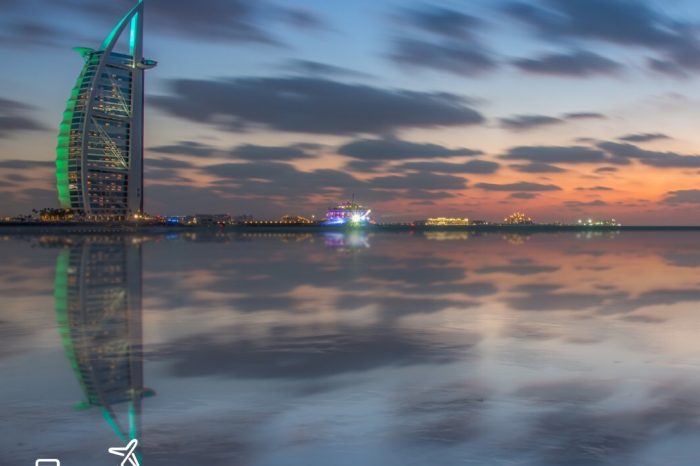 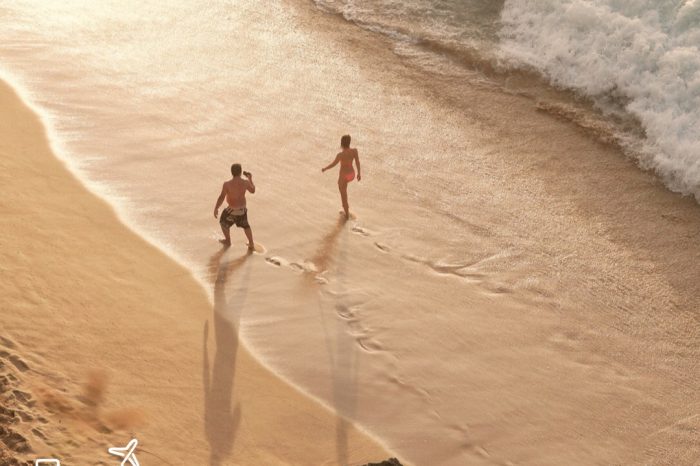 If you have recently exchanged vows and looking forward to taking a romantic tour, this 4 nights, 5 days Bali honeymoon package is meant just for you. 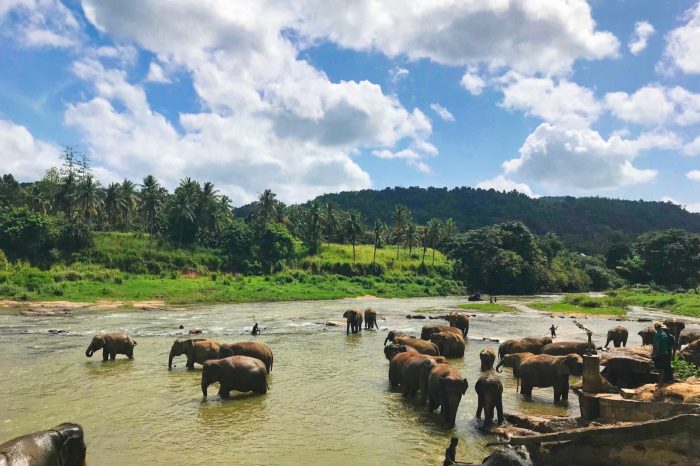 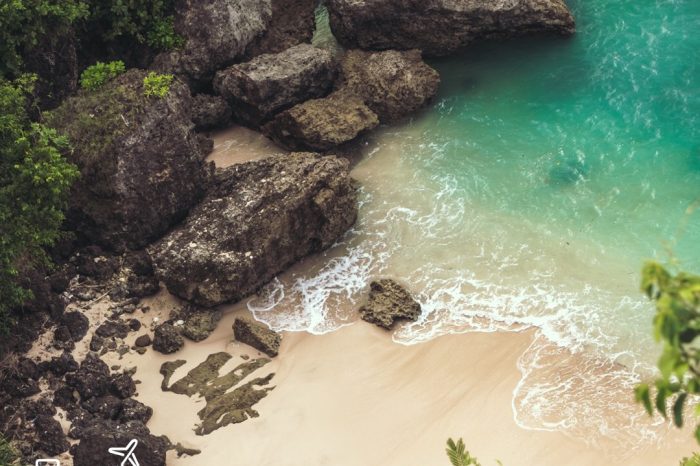